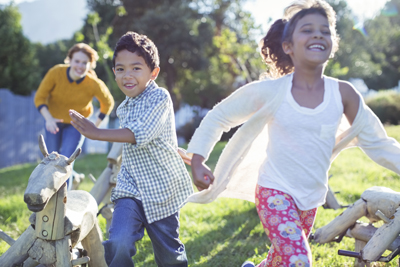 In 2013, the Provincial Health Officer (PHO) and the Canadian Institute for Health Information (CIHI) issued the Child and Youth Health and Well-being Indicators Project: CIHI and B.C. PHO Joint Summary Report. The report identifies a suite of 51 modifiable indicators, within five dimensions, for which data can be collected and analyzed to define and track child and youth health and well-being in BC. Indicators are evidence based and reflect a population health approach.

Building on the Indicators Project, Child Health BC partnered with BC’s Provincial Health Officer develop a report that examines the current status of child and youth health, and establishes a baseline to continue monitoring their health into the future. Stakeholders from across BC helped analyze the data and determine key findings for each of the indicators.

Is "Good", Good Enough?  A Report on the Health & Well-Being of Children and Youth in BC is the first report of its kind in Canada. It contains BC-specific data, related literature, discussions and recommendations that can inform decision-making around the development of policy, programs and services aimed at improving the lives of children and youth in BC.

Overall, the health and well-being of youth and children in BC is reasonably good, particularly when compared to other jurisdictions in Canada. However, some indicators are stable and not showing improvement, meaning that a portion of children and youth are continually left behind in health and wellness. Additionally, for many indicators, there are substantial disparities based on sex/gender and geography.

The information in the report is being used to support provincial activities around specific areas. For example, engaging with youth to determine how to support healthy decision around cannabis; advocating for physical activity strategies that focus on participation by girls; and, recognizing the need to implement evidence-based oral health initiatives to address early childhood caries.